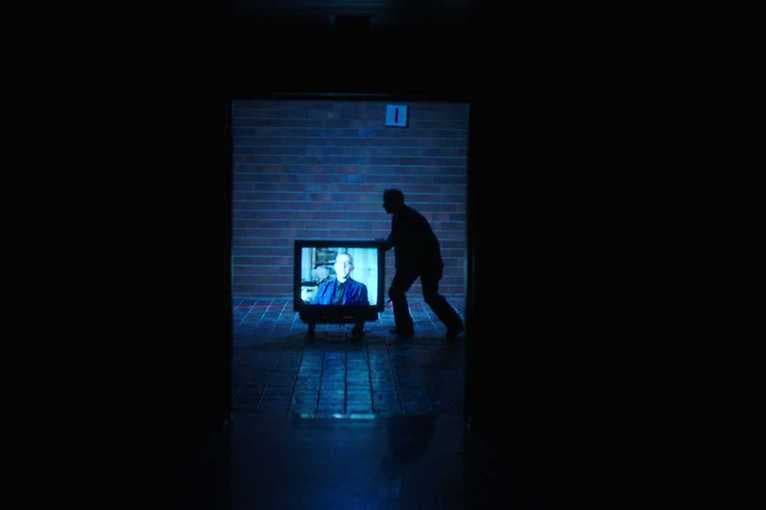 The Sound Is Innocent + guest

The Sound Is Innocent / Johana Ožvold / Czechia, France, Slovakia 2019 / 70 min. – When does sound become music? The Sound Is Innocent invites you on an audiovisual journey into a dreamlike space that explores the meaning, function and significance of the world of electronic and experimental sound. Across five distinct chapters, the film guides us through an oscillating maze of creative figures and moments that’s as bracingly original as the pioneering music it so passionately documents. Ožvold’s dynamic and unusual documentary shines new light on some of the fundamental questions of musical creation, tracing the relationship between both man and machine, and artist and instrument. Featuring seminal voices working in the fields of experimental and electronic music including François Bonnet (aka Kassel Jaeger), Steve Goodman (aka Kode9), Julian Rohrhuber, John Richards, Hannes Hoelzl & Alberto De Campo, each artist provides a unique and sometimes personal perspective on the radical periods of sonic invention that have transformed art, culture and even public life. In her debut feature-length film, Johana Ožvold navigates a mysterious labyrinthian institution, encountering manifest memories and inspirations. From the subversive frequencies tuned behind the iron curtain, to the confrontational French avant-garde, and the limitless sculptures of digital innovation, The Sound Is Innocent explores fertile and prescient links between sound and society, as well as the technology boom and our globalized world.

The Sound Is Innocent  Official Trailer