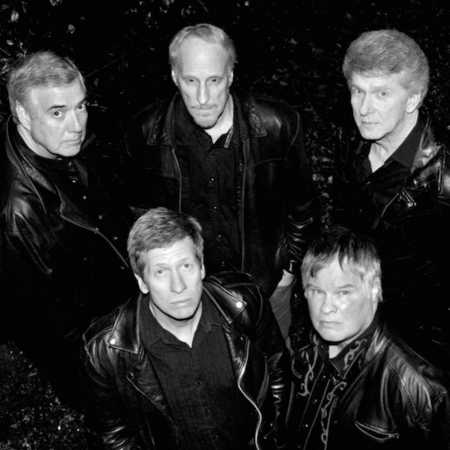 The Sonics  Have Love Will Travel

The Sonics are an American garage rock band from Tacoma, Washington that formed in 1960.
Their aggressive, hard-edged sound has been a major influence on punk and garage music worldwide, and they have been named as inspirations to Nirvana, Bruce Springsteen, The Fall, and other major artists.
Their first single The Witch was released in November 1964 and became the biggest selling local single in the history of the Northwest despite its radio airplay being restricted because of its bizarre subject matter.
The band released their first album Here Are The Sonics in 1965. The second album Boom followed a year later.
With the release of the albums the band gained popularity and got the possibility to perform all over the country.
They performed as opening acts for bands such as The Beach Boys, The Kinks, The Lovin’ Spoonful and The Byrds.
In 1966 they switched over to the bigger label Jerden and recorded their third album Introducing The Sonics which was released in 1967. When recording the album they had to make a lot of compromises due to the label following a commercial interest. After the album had been released, singer Gerry Roslie left the band and was replaced with a singer that completely changed the style of the band. They continued to release a couple of singles that sounded very poppy and completely flopped. In 1968 the band disbanded completely.

The Sonics played together again for the first time in New York in autumn 2007.
In May 2016 it was announced that Gerry Roslie and Larry Parypa would no longer be continuing as touring members of the band although they will still be involved in recording and Larry will occasionally be playing live with the band.

GoOut.net > Artists > The Sonics
I want a voucher