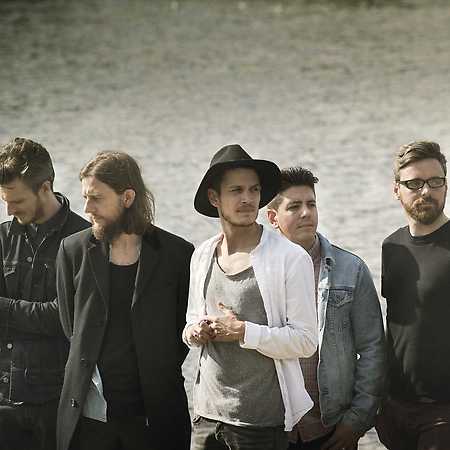 About The Slow Show

The Slow Show is a British indie pop band, formed in Manchester, UK in 2010 and consists of the members Rob Goodwin (vocals, guitar), Frederik 't Kindt (keyboards), Joel Byrne-McCullough (lead guitar) and Chris Hough (drums). As the name implies, songs take their time in The Slow Show. There’s a fresh sense of immediacy to Lust And Learn, in the percussive urgency of Vagabond and the insistent melodies of Exit Wounds and Hard To Hide. That is not by accident, singer Rob Goodwin and keyboardist Frederick’t Kindt spent 18 months honing every note of Lust And Learn into shape. They have been compared to the likes of Elbow, The National or Tindersticks. Outside of the UK, they are best known in Germany – where their record label Haldern Pop Recordings is based – as well as the Netherlands and Switzerland, based on the number of concerts played in each country.

John Diva & The Rockets Of Love