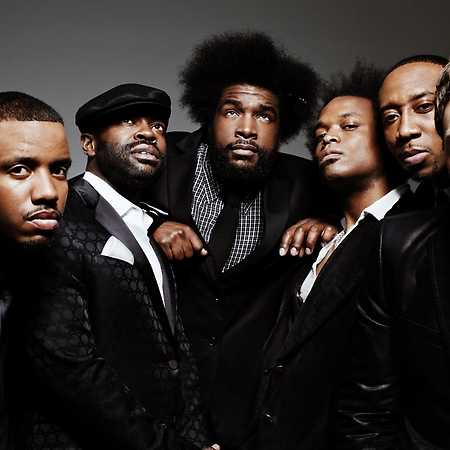 The Roots are an American hip hop band, formed in 1987 by Tariq “Black Thought” Trotter and Ahmir “Questlove” Thompson in Philadelphia, Pennsylvania, United States. The Roots currently serve as the house band on NBC’s The Tonight Show Starring Jimmy Fallon, having served in the same role on Late Night with Jimmy Fallon from 2009–2014. The Roots are known for a jazzy and eclectic approach to hip-hop featuring live musical instruments and the group’s work has consistently been met with critical acclaim. ThoughtCo ranked the band #7 on its list of the 25 Best Hip-Hop Groups of All-Time, calling them “Hip-hop's first legitimate band.” Although the band no longer tours extensively due to their Tonight Show obligations, their live shows are frequently regarded as the best in the genre. In addition to the band’s music, several members of the Roots are involved in side projects, including record production, acting, and regularly serving as guests on other musician’s albums and live shows.