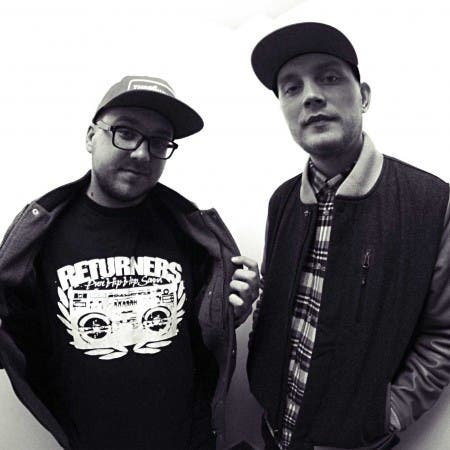 The Returners – is a producer and DJ duo formed by Little and DJ Chwiał. Their debut single on vinyl “Different Places One Hip-Hop” was released in September 2007 on Asfalt Records. The Returners worked with foreign artists such as: Sean Price, Rakaa Iriscience, Treach, Reks, Skyzoo, Termanology, Akrobatik, Royce Da 5’9'', Torae, Rasco and many others. Polish music lovers will remember them from productions for such performers as O.S.T.R., Molesta, Małpa, Pih, Donguralesko, Pyskaty, HIFI Banda, Pezet&Małolat, Fokus and Eldo, for whom The Returners produced the record “Zapiski z 1001 Nocy”.

GoOut.net > Artists > The Returners
I want a voucher