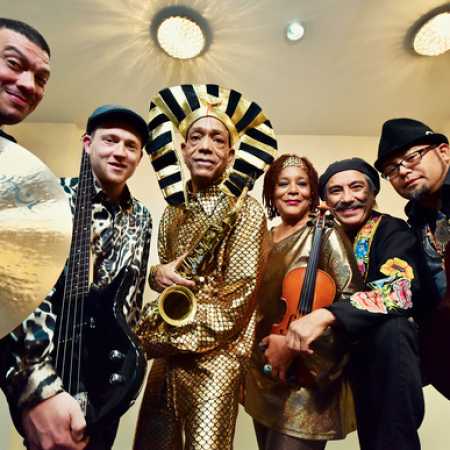 Cult legend connecting Africa with the American free-jazz celebrates comeback after 40 years. Pyramids trio originated in the 70th years, literally on the move: three black musicians bred freejazzovými greats Albert Ayler and Cecil Taylor walked in the footsteps of African music, first to Amsterdam and Paris clubs, arrived later in the cradle of African highlife of Ghana, where she studied black rhythms and eventually moved to Nairobi, where own business field trips for local music Masai and Kikuyu tribes. During its five-year existence of The Pyramids released three independently produced albums, which became collectors' rarities, and were pioneers of today’s world music long before this trend became a phenomenon. In 2007, musicians assembly restored to a triumphant concert in San Francisco.

GoOut.net > Artists > The Pyramids
I want a voucher