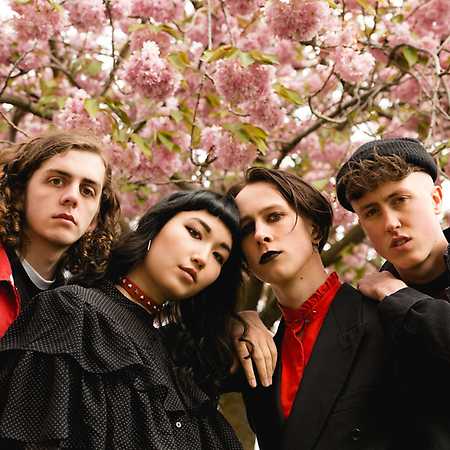 About The Ninth Wave

The Ninth Wave is a Scottish post-punk band from Glasgow. Founded in 2016, the band consists of Haydn Park-Patterson (vocals, electric guitar), Millie Kidd (vocals, electric guitar), Lewis Tollan (drums) and Louise McLennan (keyboard). In 2016, the band won the “Scottish Alternative Music Award” in the Best Newcomer category. The style of The Ninth Wave is a “melancholic mix of gripping indie rock and glittering gothic synths” (Rory Marcham, Clash Magazine). The music is regularly compared to that of bands like The Cure, Interpol or the White Lies. The band has been under contract with Distiller Records since 2017. They published the three EPs Reformation (2017), Never Crave Attention (2018) and Flesch (2018).

Koala On The Grill