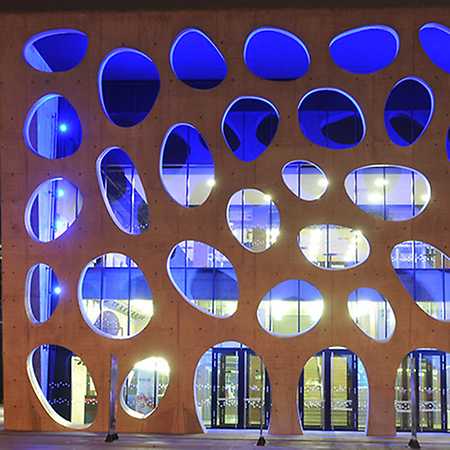 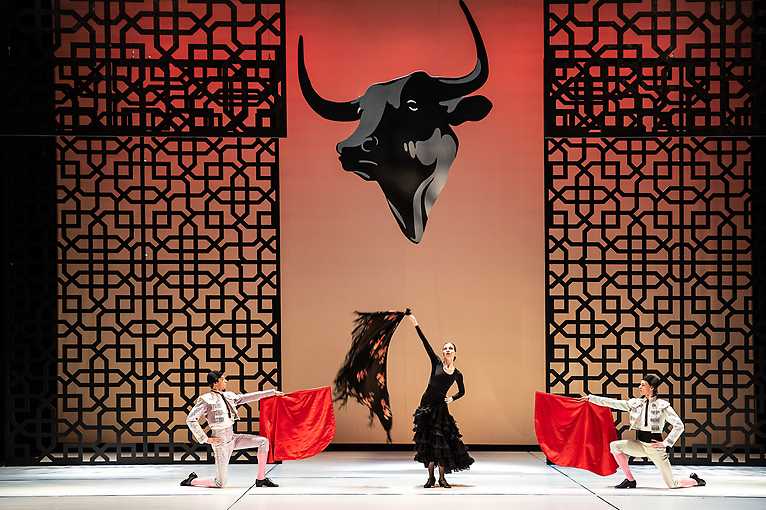 The construction started in June 2012 and the theatre opened on 2 September 2014. The construction cost was CZK 870mil incl. VAT. The architectonic concept was created by Vladimír Kružík from Helika based on the original design by the Portuguese architecture office Contemporânea Lda. The building contractor was HOCHTIEF. The author of the painted curtain is academic painter Ivana Hejduková from the KVADRA association.

The front facade made of cast concrete with the ‘bubble’ perforation gives the final touch to the modern character of this unparalleled building. The front elevation weighs more than hundred tonnes and is designed to become a theatrical object itself, a kind of plastic reinterpretation of the decorative theatre curtain. It divides the real life from the magical world of theatre inside. The notable part of the front facade is the organic decor with 39 irregularly spaced openings which are backlit by LED reflectors with changing colours.

The premises comprise two buildings, theatre and administration. The theatre part offers a main hall with auditorium for 461 spectators and a small stage (Black Box) offering 120 seats with the option of variable stage shaping. The smaller building comprises facilities, offices and dressing rooms. The space between the buildings contains a concrete sculpture in the shape of an egg that is 3 metres wide.

The JK Tyl Theatre in Pilsen