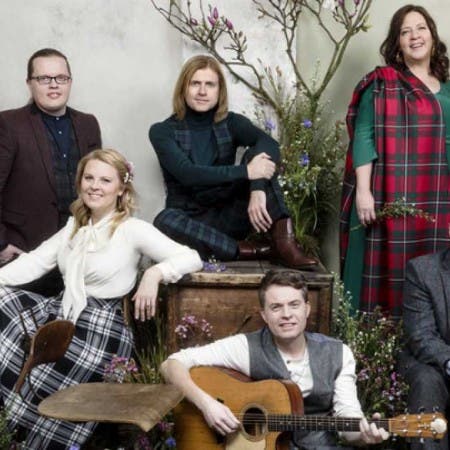 The Kelly Family  An Angel

About The Kelly Family

The Kelly Family is an Irish-American-European music group consisting of a multi-generational family, usually consisting of nine siblings joined occasionally on stage in their earlier years by their father and mother. They play a repertoire of rock, pop, and folk music. They have had chart and concert success around the world, especially in Germany, the Benelux countries, Scandinavia, Poland, Spain and Portugal. They have officially sold over 20 million albums, though they sold their albums on concerts from Tours Europe to Over the Hump, except the Polydor years. The Kelly Family was ranked as the sixth most popular music act in Germany in the 1990s. Despite its American origins, the group is virtually unknown in the United States. They have sung in English, Spanish, German, Italian, Basque, French, Dutch, Irish, Luxembourgish, Latin and Japanese.

GoOut.net > Artists > The Kelly Family
I want a voucher