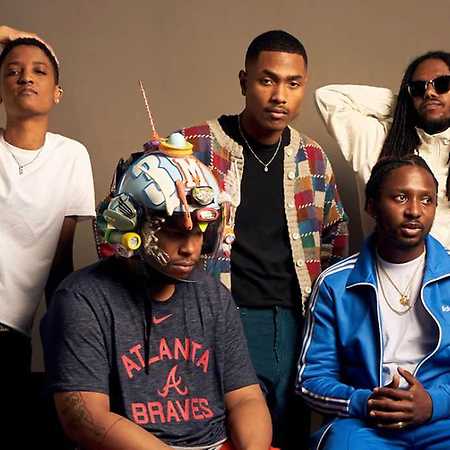 The Internet began as two people: Syd and Matt. Syd taught herself how to record, engineer, and produce at age 15. She also sings, imbuing every song with a sultry, mellifluous, quiet power. Matt produces and plays synths. Like all post-modern relationships, the duo initially met on MySpace in 2008, only to meet in-person three years later. They have released four studio albums and three extended plays since their formation in late 2011. The band’s 2015 album Ego Death was nominated for the Grammy Award for Best Urban Contemporary Album.