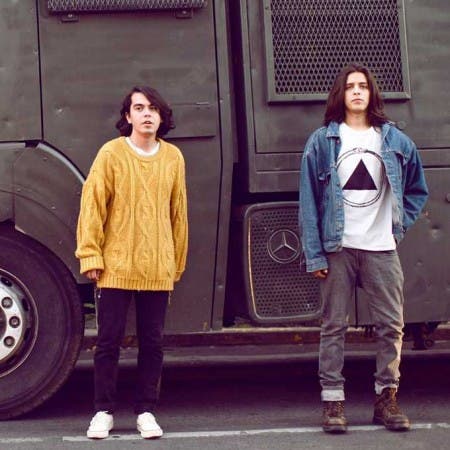 The Holydrug Couple  Vase of Flowers

The duo the Holydrug Couple are a part of the burgeoning psychedelic rock scene rising out of Chile. Based in Santiago, members Ives Sepúlveda and Manuel Parra have cultivated a drifting, bluesy sound that weaves a gentle, repetitive tapestry of guitar, drums, and vocals.
The Holydrug Couple began in 2008. They released their first album in 2011 entitled Awe via BYM Records. Shortly after the release, the band caught the attention of Sacred Bones Records, who signed the band to their label. Later that year, the band released an EP titled Ancient Land. In 2013, the band released their second full-length album and major label debut, Noctuary via Sacred Bones. In total they released seven studio albums until today, both on BYM and Sacred Bones.