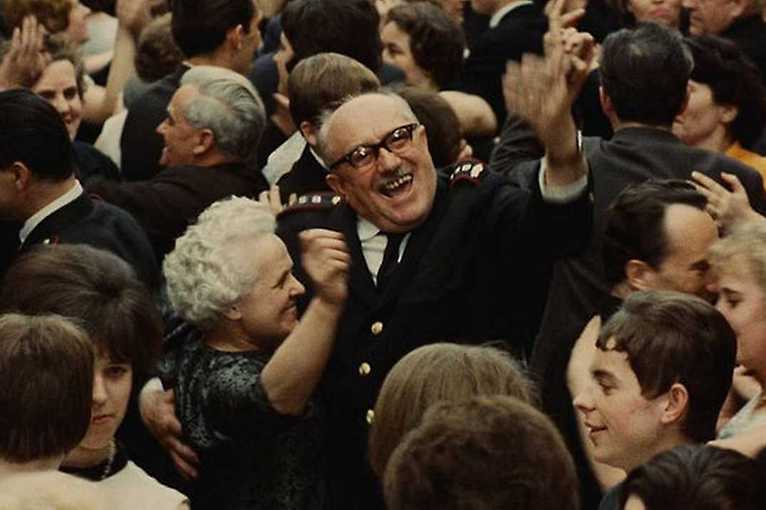 Firemen’s Ball, TheTweetIn a village under the Giant Mountains, a firemens' ball is in preparation. The former chairman of the firemen, Vrána, is to be rewarded by a golden axe for fifty years of service in the firemens' corps. The men decorate the dancing hall: there is a rich tombola prepared on two tables in the corner, guarded by Josef, one of the members of the committee. When the ball begins, the rest of the committee members try to find girls – candidates for the ball’s beauty queen competition. But they are unable to agree upon the winner and their decision-making is moreover constantly influenced by their family members. There are many unpleasant situations during the selection of girls behind the closed door of the office.

The whole action results in a fiasco – the girls are shy and refuse to come up to the stage. Josef, too, faces some problems. Every time he leaves the tombola to have a beer, something disappears from the tables. Later, he finds out that the stolen collared pork resides hidden in his wife’s bag. In the midst of the celebrations, a fire bursts out in the village. Although the firemen do their best, the wooden cottage of old man Havelka burns to the ground.

The villagers decide to donate the tombola takings to him. Upon their return to the dance hall, however, they find the tables with the tombola all empty. The organizers ask the people present to return everything, but the only one to be found by the tables is the innocent Josef who wanted to correct his wife’s wrongdoings. The ball is over, people walk away. There is only Vrána sitting in the empty hall, waiting for his reward. But that, unfortunately, was stolen, too.