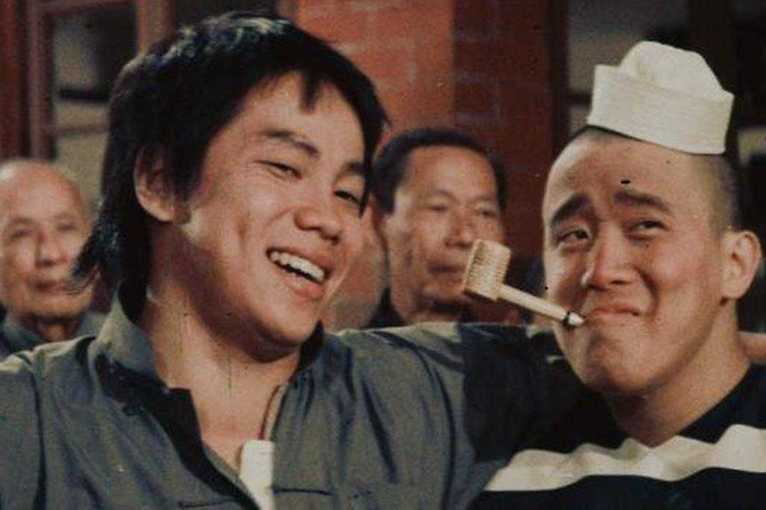 The movie “The Dragon Lives Again” will be screened in the form of an online stream “My Cinema Live”.

The Dragon Lives Again / Law Kei / Hongkong 1977 / 90 min. / český live dabing – Bruce Lee truly was larger than life, since he was beating up evildoers even in the netherworld. There he also had to gain respect from other legends inhabiting the world of the dead. To battle the evil alliance of James Bond, Dracula, The Exorcist, Zatoichi, Emmanuelle and even Clint Eastwood (who is actually still alive, but let’s not be nit-picky), he has to join forces with Cain from Kung Fu and Popeye. This at least is the version of Lee’s afterlife which was dreamed up by the makers of this Hong Kong oddity. The Dragon Lives Again is part of the so-called brucesploitation trend of shoddy movies produced after the death of the kung-fu icon with the sole purpose to shamelessly cash-in on his cult status. As is customary in these productions, the main actor is just a random guy starring under a pseudonym vaguely resembling Bruce Lee’s name – in this case it is Bruce Leung. The fact that he does not resemble Lee at all is not a problem since, as we are told, each person after death never looks the same as during their life. The preposterous absurdity of this movie will be enhanced by a live Czech dubbing, courtesy of The Shockproof Festivals’s own Kafilerie Zawadská and Imanuel Lubrikant. Restoration courtesy of the American Genre Film Archive.