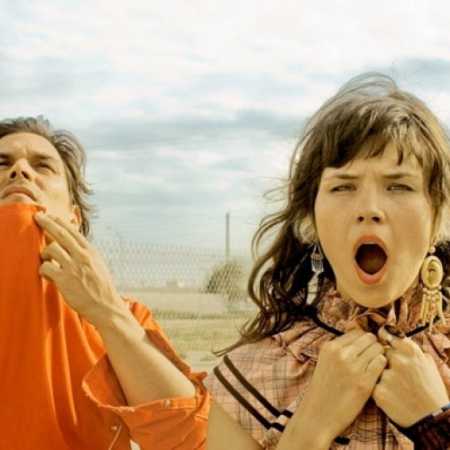 The Dø  On My Shoulders

Sometimes it is better to stop the music genre brood over the mold and just enjoy. The Group in its infectious mix of free-thinking crush France and Scandinavia, and certainly his heart and succumb to the Czech audience. Duo named after doh music singer Olivia C form Merilahti from Finland and French multi-instrumentalist Dan Levy and his crazy pop hodgepodge concocted yet on two long-playing records. A Mouthful debut was the first English sung by recording artist home, which the French captured the number one ranking albového.

Olivia and Dan met seven years ago while working on the accompanying music for the film Empire of Wolves (Empire of the Wolves), and a few months later, she had already had the first EPčko. The experience gathered by writing music for theater, ballet or short films and the first fans get through the portal MySpace, which recorded his songs. Eclectic debut album A Mouthful released in 2008, earned the most celebrated discoveries and The Old Continent to spend the next two years touring around the world. He played well at big festivals such as Roskilde Denmark and Australia’s V Festival. The second album Both Ways Open Jaws are moved to the French business in March last year, but the rest of the world had to wait until the autumn. Great board adopted them earned compared with the eccentric pop innovators such as Sufjan Stevens, Joanna Newsom and rapper MIA Nordic sense of melody, which in itself can not deny Olivia, then points to be The Cardigans. – Translated by Automatic service

Cristobal and the Sea