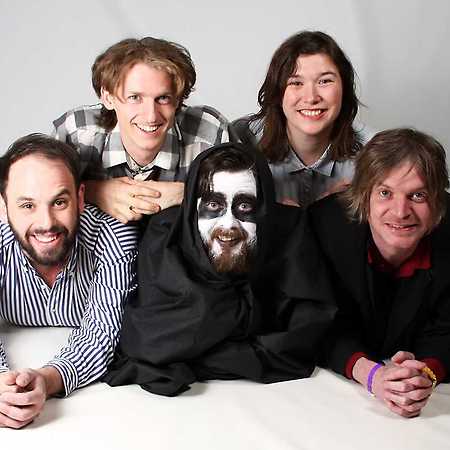 About The Burning Hell

The Burning Hell is the songwriting project of Mathias Kom. During the first few years of the band’s existence band members fluctuated from tour to tour and album to album and the band’s instrumentation was often determined by what instruments Kom’s friends played. However, the regular touring and recording lineup from 2011 to 2016 was consistently Kom, Ariel Sharratt (clarinet), Darren Browne (guitar), Nick Ferrio (bass) and Jake Nicoll (drums). Since 2013 Kom and Sharratt have embarked on occasional duo tours and since 2017 the band has toured as a trio with Sharratt on drums/bass clarinet and Browne on bass/bouzouki.

GoOut.net > Artists > The Burning Hell
I want a voucher