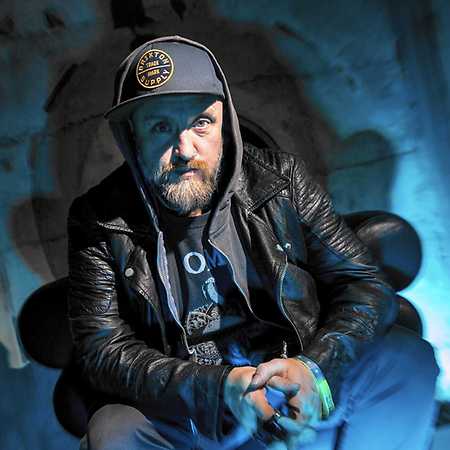 The Bug is the main current music project of London-based producer Kevin Martin. Kevin has been a part of a number of groups including Techno Animal, The Sidewinder, God, Ice, Curse of the Golden Vampire, Zonal, King Midas Sound, Black Chow, Cult of the 13th Hour, Pressure and Experimental Audio Research through which he’s experimented with fusing such diverse genres as grindcore, industrial, metal, hip-hop, dub, jazz and ambient. The Bug’s music draws influence from dancehall, noise, grime, and hip hop. More subdued influences would include dubstep and the dubtronica and broken techno of Basic Channel and Pole. His career took off in 1997.

GoOut.net > Artists > The Bug
I want a voucher