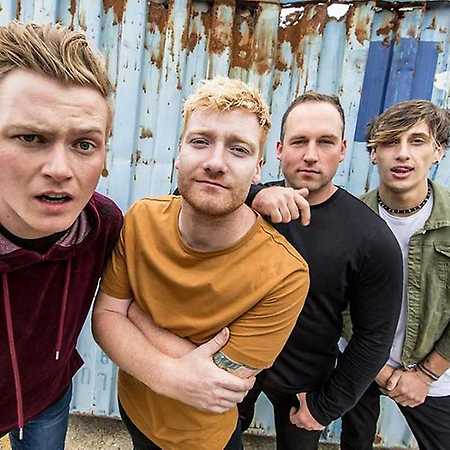 About The Bottom Line

The Bottom Line is a british pop punk band consisting of the musicians Callum Amies (vocals, guitar), Max Ellis (bass), Matt Bicker (drums) and Tom Newton (guitar). The quartet was originally a trio called Thursday’s Bad Luck before they met their guitarist Tom, the founder of Teddy Rocks Fest. The band’s second EP I Still Hate You (2017) marked their breakthrough. The band released albums such as Role Models (2012), Still Hate You (2017) or No Vacation (2019).

GoOut.net > Artists > The Bottom Line
I want a voucher