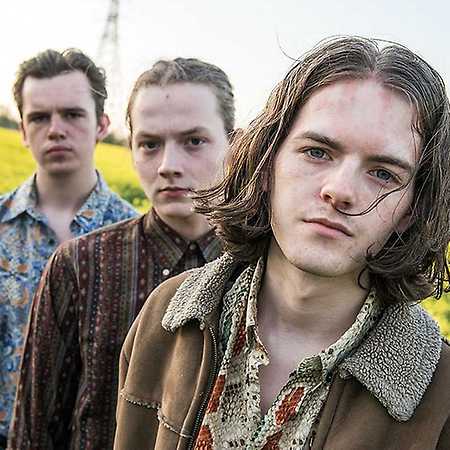 The Blinders  Gotta Get Through

The Blinders from Doncaster trio, who have been living in Manchester for some time, is at the forefront of a new movement that comes from below and provokes politically. Singer and guitarist Thomas Haywood, bassist Charlie McGough and drummer Matt Neale name influences from Black Sabbath, Led Zeppelin, Bob Dylan and The Who, to James Brown, U2 and The Clash, to more current popular acts like Arctic Monkeys, Cabbage or Strange Bones on. All this they have collected and processed in their blues rock-pregnant anthems with punkadelic attitude and psychedelic lyrics. The distillate is Columbia, the debut album released in 2018.