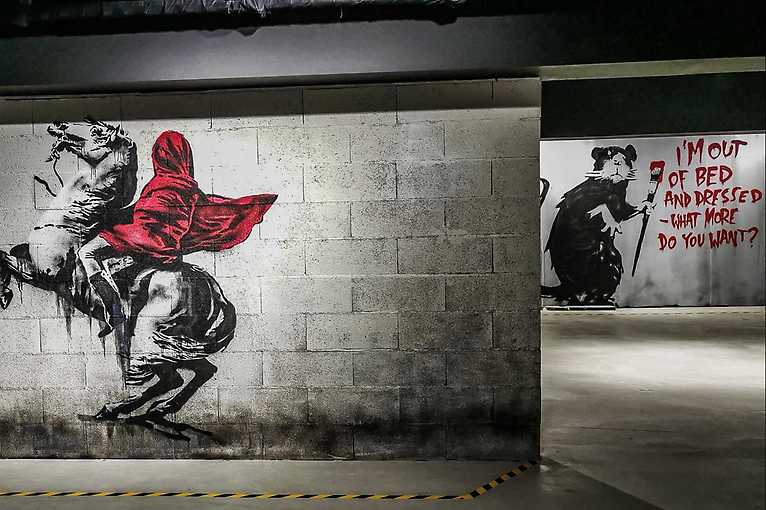 The Art of Banksy: Without Limits

The Art of Banksy exhibition is the first in Poland such a large presentation of the works of this mysterious and controversial artist. It presents over 100 works, original exhibits but also works in the form of photographs, sculptures and many others. Moreover, some of the exhibits are reconstructed using his own technique – templates created especially for this exhibition. The exhibition left Instabul in 2016 and since then has been hosted by Amsterdam, Paris, Berlin, Riyadh, Melbourne, Antwerp, Bucharest, Cluj, Budapest, Vienna, and will now come to Warsaw to be seen at Koneser. The exhibition includes the most popular graffiti such as Girl with Balloon, Bomb Hugger, Police Kids, Pulp Fiction or Flower Thrower.

Banksy is probably the most famous and mysterious graffiti artist in the world. A 40-year-old British man successfully keeps his identity secret, but his work conquers not only the streets but also auction houses around the world. He is considered to be one of the most valuable contemporary artists. Banksy’s works travel around the world, both online, through millions of social networking opportunities, and in real life, in the form of exhibitions, most of which are not authorised by the British artist because of his anonymous status. However, they continue to enjoy great popularity and are considered a success anywhere.