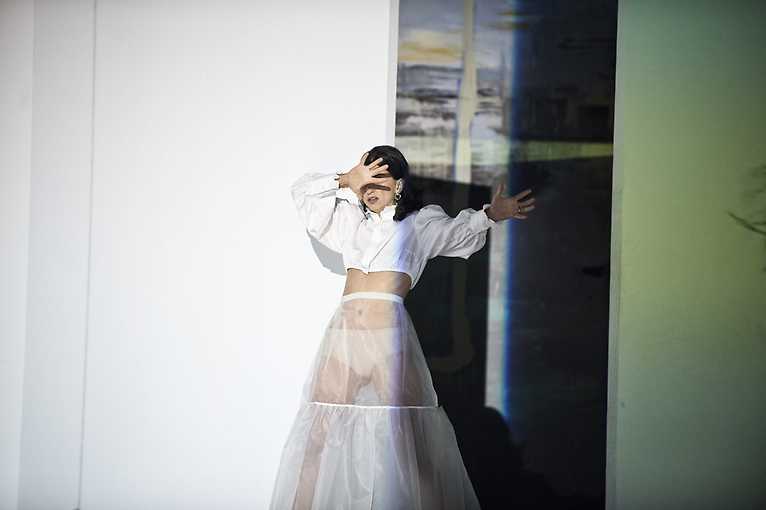 Europe after two world wars is still permeated by fibers and shreds of ideology. Pier Paolo Pasolini gives his last interview and dies a few hours later. His mangled body from the beach at Osti becomes a grim prognosis for Europe. The next day Oriana Fallaci writes him a letter, revealing the secrets of their ambivalent friendship. A stranger stands at the gates of Italy to join the proletarian masses…

Michal Borczuch brings to life the protagonists of those events, and the conflicts of the time, which take on a deadly clarity today. The personal curses of Pasolini and Fallaci become fodder for ghastly contemporary characters. The good daughter and the bastard son of good old Europe. Michał Borczuch’s performance is inspired by two radically expressive and, at the same time, contradictory discourses on Western civilization and its phantasmagorical Other – personified in the form of a follower of Islam, a terrorist, an illegal immigrant. The script is inspired by two literary figures: the icon of 20th century political journalism, Oriana Fallaci, and the director, playwright and poet Pier Paolo Pasolini.