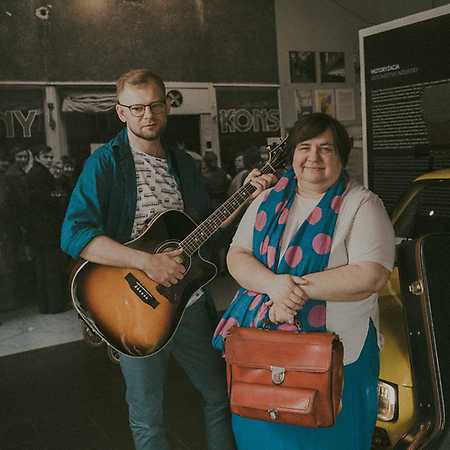 Teściowa Śpiewa is a not-so-obvious and characterful duo consisting of a real mother-in-law and son-in-law. Apart from family ties, they share a similar sense of humor and love for music and Warsaw with its culture and folk tradition. Inspired by Warsaw’s urban folklore and dialect they started to write original songs describing the present time. They like to entertain people and for that they don’t hesitate to use irony, self-irony and even mockery. They believe that without a distance to themselves and the world and without a sense of humor life is unbearable.