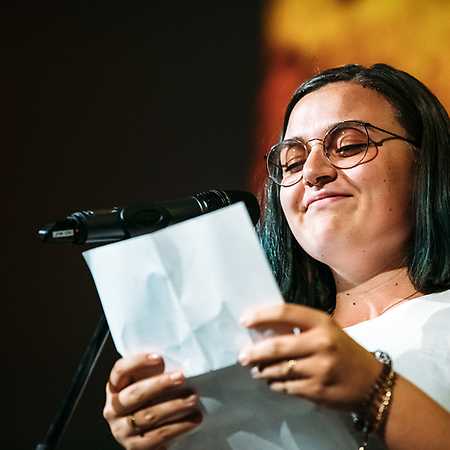 Teresa has been standing on stage at different poetry slams since October 2015 and has been touring through Germany and to other countries since then.

In June 2016 she won the Bavarian U20 master’s title in Bayreuth and was in the finals of the German speaking championship the same year.