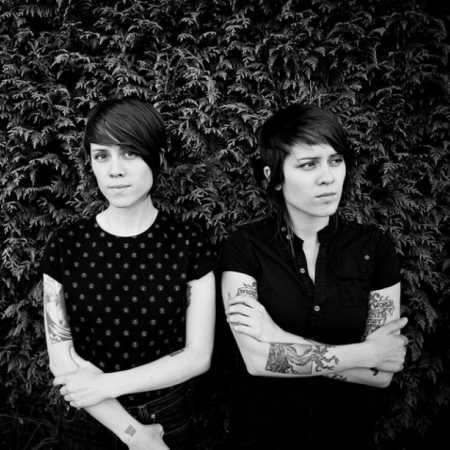 About Tegan And Sara

Tegan and Sara is a Canadian indie band formed in 1995 in Calgary. Is composed of two identical twin sisters Tegan Rain Quin and Sara Quin Keirsten. Both sisters play guitar and keyboards, and their songs have made ​​up themselves. Sisters Tegan and Sara is general awareness of indie-rock scene in 2007 his fifth album, The Con, which was nominated for numerous awards, among them best alternative album Juno Awards. The album’s success catapulted pair of talents among the most popular indie scene and also on the stage of world festivals. Its position among indie-pop tip to shore in 2013 Hearthrob board, which is dominated by single Closer, which has almost 10 million Youtube views. The album itself is shortlisted Polaris Awards 2013 (Canada’s equivalent of Britain’s Mercury Prize). At present, on account of more than a million albums sold and several tour alongside stars such as The Killers, The Black Keys and Neil Young. – Translated by Automatic service