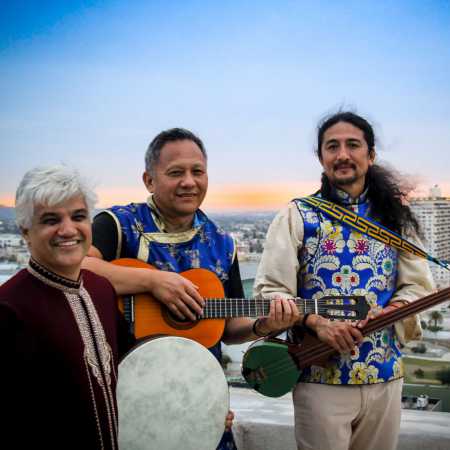 Techung is an artistic name of the Tibetan exile singer Tashi Dhondup Sharzur. He studied traditional Tibetan music and dance in Dharamsala on the Tibetan Institute of Performing Arts ( TIPA). After he moved to the USA he founded his own band and composes his own songs, which he sings in native Tibetan language. His charismatic voice has almost magic influence on the audience and according to New Sunday Times "…his soaring vocals are like waves lapping against the seashore, gently beckoning the listener to get lost in the music…"