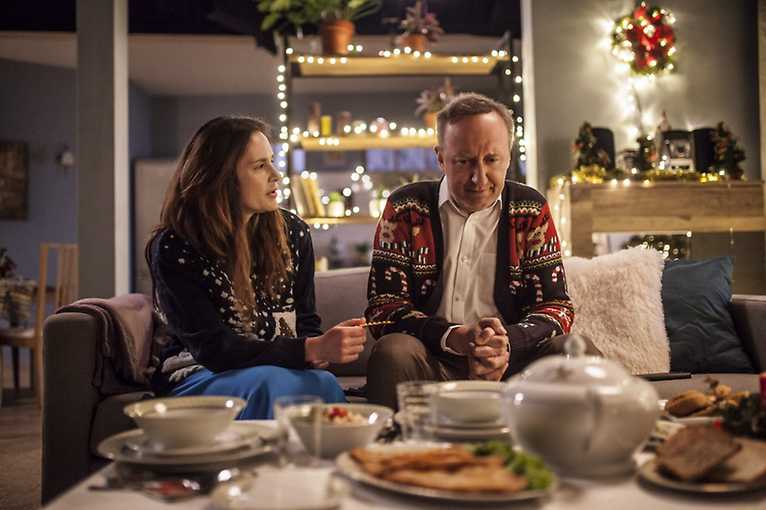 Teatroteka WFDIF is a series of screenings of Polish contemporary theatre drama produced by the Wytwórnia Filmów Dokumentalnych (Documentary and Feature Film Studio). Since 2015, the Zbigniew Raszewski Theatre Institute, in cooperation with the WFDiF, has been organising regular screenings of the latest productions of Teatroteka. The presentations are accompanied by meetings with the creators.

A tragicomedy full of absurd, often linguistic humor with serious undertones and a touch of melodrama. Its hero is a forty-year-old mathematics teacher from the town of Sanok who is mourning his wife’s death. We meet him at a cemetery, where he is having one of his regular “talks” with his wife. He is distraught and unable to get over his loss. One evening when he is grading tests, a woman claiming to be the Virgin Mary appears in his apartment and says she wants to talk. The hero takes her for an impostor and asks her to leave but she inexplicably continues to reappear, which prompts him to seek psychiatric help for what he assumes are hallucinations. During subsequent “visitations” and conversations the mysterious woman tries to help the hero deal with his grief. She knows a lot about him and can anticipate events and situations. Who is she?