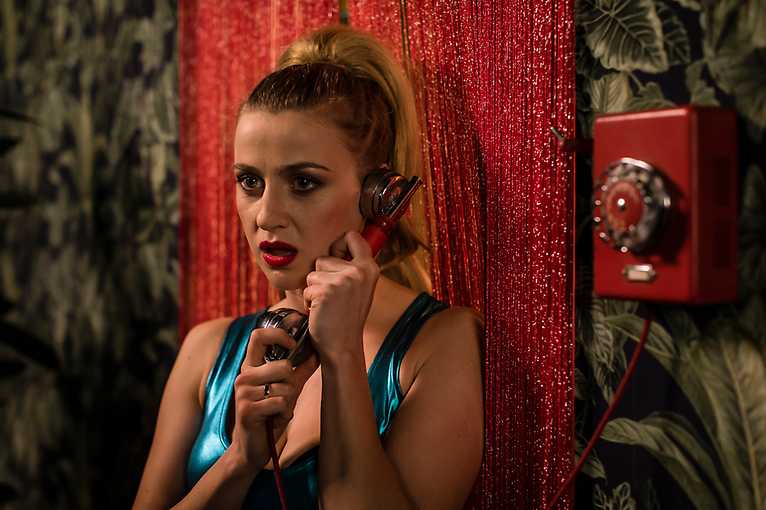 Teatroteka WFDIF is a series of screenings of Polish contemporary theatre drama produced by the Wytwórnia Filmów Dokumentalnych (Documentary and Feature Film Studio). Since 2015, the Zbigniew Raszewski Theatre Institute, in cooperation with the WFDiF, has been organising regular screenings of the latest productions of Teatroteka. The presentations are accompanied by meetings with the creators.

In this humorously absurd tale, Kasia, a young wife and mother, rebels against the banality and grayness of her existence as a housewife. In her rich imagination, she brings other versions of herself – other Kasias – to life, which allows her to try out more exciting and interesting roles and experience thrilling adventures. She puts herself in imaginary situations that are sometimes precarious or even dangerous, but certainly not as boring as her everyday existence. As her imagination has been shaped by popular cinema, the play is full of cinematic references and allusions to film genres and tropes, with some shots directly invoking Tarantino films or hard-boiled detective stories. The director piles up absurd situations and gags, and deconstructs traditional narrative to produce an intriguing and appealing “fantasy within a fantasy”.