Tash Sultana is an Australian singer-songwriter and multi-instrumentalist, described as a "one-person band". Sultana grew up in Melbourne, and has been playing guitar from the age of three, beginning a career in music through busking. She became globally famous in April 2016, when a repost of a video of a live version of her song Jungle on the social media platform Facebook, that she had already uploaded in October 2015, gained more than one million clicks in only a few days. Sultana's EP, Notion, was released in 2016, followed by a sold-out world tour in early 2017. Her first studio album Flow State was released in 2018. Tash Sultana describes her music as non-genre-based. Her sound could be described as a mixture of indie, folk, jazz, reggae, rock and soul. 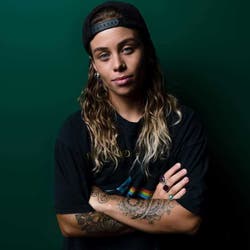 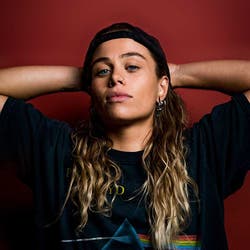