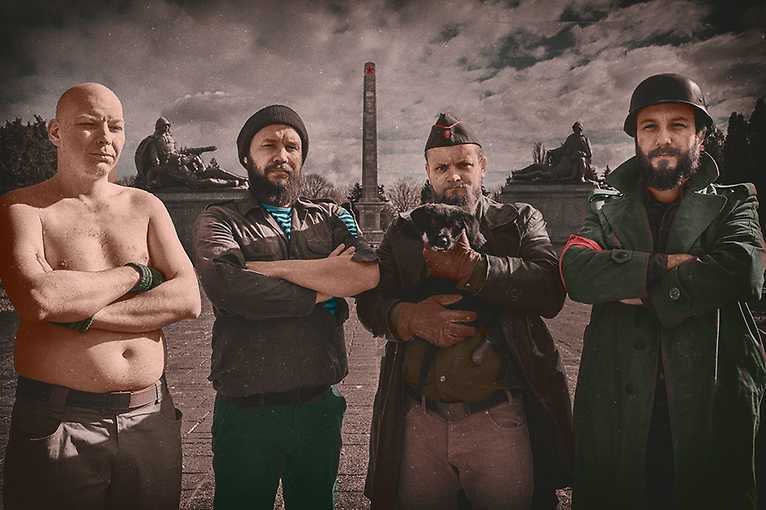 Premiere of the truly doom and gloomy split of Death Has Spoken, Sun No More and Tankograd entitled “Unyielding”.

Founded in 2015, Tankograd is depressing songs about war, totalitarian oppression and ruined cities. The musicians include Major Kong and Dopelorda. They released the EP Mir and a debut album Totalitarian.

Sun No More’s style stems from fascination with early 90s doom/death metal, through the influences of 2 waves of black metal, to contemporary sounds. Somewhere between despair, sadness and rage. Without purpose, waiting for the end. Thematically they revolve around man, as the most important creator and the most perfect creature.

Death Has Spoken is a studio project started at the beginning of 2017 in Białystok, then after recording the material, transformed into a music band. It is composed of musicians who have been active on the metal-underground music scene of Podlasie region for many years. Their debut album Fade contains 6 songs in doom metal style with clear influences of black, death doom and funeral doom.

Sun No More  Visions of the End