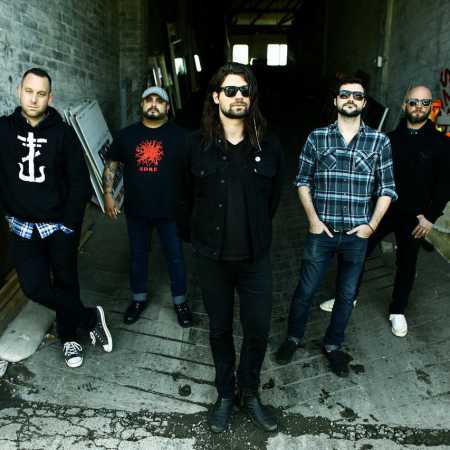 About Taking Back Sunday

Taking Back Sunday are an alternative rock band originally formed in Long Island, New York in 1999. The band has gone through several lineup changes. Their first release came in 2001 with the Taking Back Sunday EP, and featured Antonio Longo on vocals, John Nolan on guitar and backing vocals, Eddie Reyes on guitar (the original founder of the band), Jesse Lacey, Adam Lazzara and Mark O’Connell replaced Stevie D) they released the follow-up album Tell All Your Friends, which was produced by Sal Villaneuva. The album gave the band a first taste of success in the scene. After the release, they played with bands such as Brand New (formed by former bassist Jesse Lacey) and The Used, as well as performing as a short stint on the 2003 Vans Warped Tour. Another change in their lineup occurred when singer/guitarist John Nolan and bassist Shaun Cooper left the band and formed what is now Straylight Run. Because of these departures, the band’s future was in doubt for some time. However, with the additions of guitarist/vocalist Fred Mascherino and bassist Matt Rubano, the band became stabilized.

The year 2004 proved to be a successful year for Taking Back Sunday, with the band opening for blink-182 and being one of the main headliners for the Vans Warped Tour. In addition, their second album, titled Where You Want to Be, was released on July 27, 2004 on Victory Records. This album had a different sound than Tell All Your Friends. Propelled by the single A Decade Under The Influence, Where You Want to Be went on to debut at the #3 spot on the Billboard 200 albums chart, with sales of around 163,000 copies.