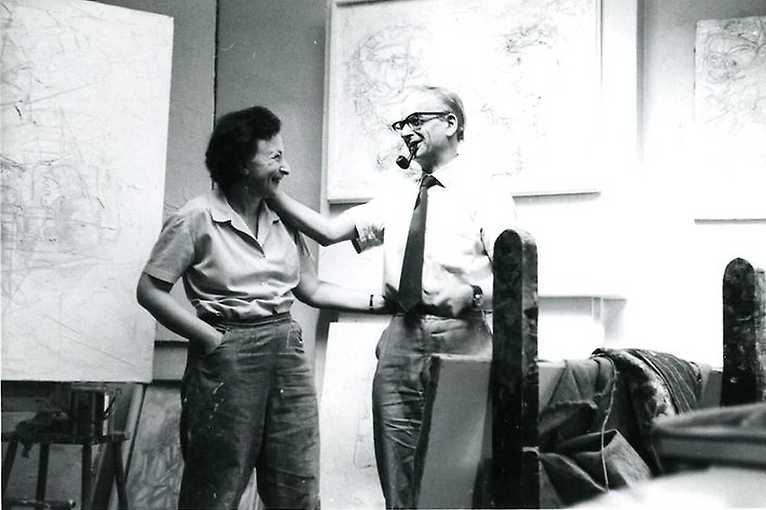 Lecture and discussion by Agnieszka Karpowicz and Honorata Sroka on the avant-garde couple, Franciszka and Stefan Thermeson, as part of the ABC Avant-garde: Icons series. The artists were pioneers of the Polish interwar avant-garde, and after the war – leaders of the London bohemia. She, born in 1907, was a painter, illustrator, set and costume designer. He was born in 1910 and was a writer, poet, philosopher, composer and experimentalist. Together they made avant-garde films, published a magazine and books that delight us to this day, and animated cultural life. And they took pictures of each other. They died in 1988, first Franciszka, then Stefan two months later. The more years pass since their death, the more knowledge about the Themersons grows in Poland.