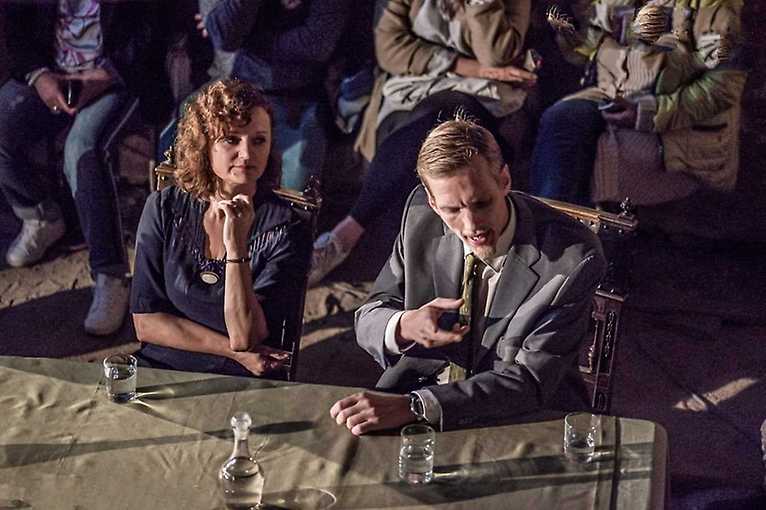 The palace at Sztynort-the estate of the von Esti family, descended in part from the Old Prussian Esti family-is located in the middle of East Prussia, an area whose Junker elite was said to control all of Germany through their control of Prussia. On the cold and damp evening of September 3, 1935, about two weeks before the expected promulgation of the Nuremberg Laws, the palace hosts the “Evening of Music, Poetry and Philosophy,” an event organized annually by the estate’s owners – currently its heir, 50-year-old Ernst, who is married and has two daughters with Anna, a Jewish merchant. The atmosphere in the palace is one of familiarity – the guests are mostly related to each other; however, they differ in their opinions: mostly conservative, but not lacking in extremes. Ernst suggests that the theme of the evening Ernst proposes that the theme of the evening is whether a superman will be born in Germany as a result of the Nuremberg Laws. The issue of racial purity touches the personal lives of each of the characters in different ways.