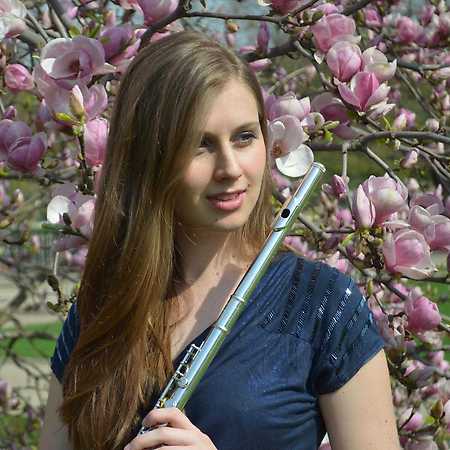 Sylvie Schelingerová was born in Czech Republic in 1993. She started playing the flute at the age of twelve and was admitted to the Prague Conservatory in the class of Prof. Jan Ostrý two years later. She has participated in many master classes such as Neuberger Kulturtage, Europäische Flötenakademie Fiss, Académie de musique franco-tchèque, Académie musical de Villecroze with flutists like Philippe Bernold, Philippe Boucly, Catherine Cantin, Anais Benoit, Sandrine Francois, Hansgeorg Schmeiser etc.