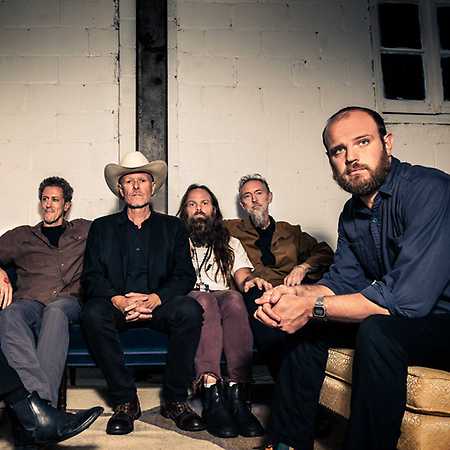 Swans are an American experimental rock band formed in 1982 by singer, songwriter and multi-instrumentalist Michael Gira.
Its original pioneering experimental work, which resulted in a significant contribution not only in the noise-rock music, but also the broad range of post-industrial musical culture. The bands artistic influence manifested itself not only in the realm of rock, where its impact on a number of formations in this area with new approaches to work with sound, but also in industrial music, where not only musically, but also aesthetically (partly also due to the typical existential poetry texts) contributed to its gradual transformation into the phase of post-industrial concepts.
The group got known by a wider audience when they released a cover of Joy Division’s Love Will Tear Us Apart in 1988 and the album The Burning World in 1989, which was produced by Bill Laswell.
Until the bands demise in 1997 more than 20 musicians played in Swans. Due to the frequent line-up changes the band often changed musically as well as optically.
In 2010 Gira reformed the band. 14 years after the last album, the band released the album My Father Will Guide Me up a Rope to the Sky in September 2010.