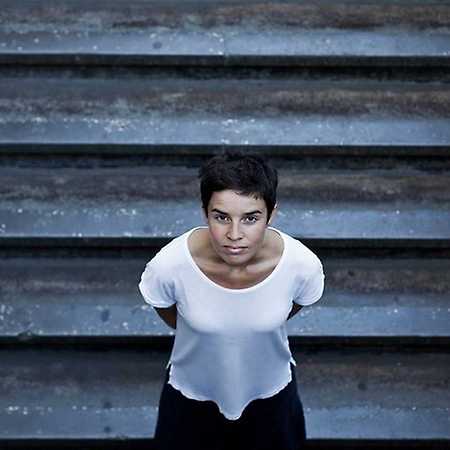 Susana Santos Silva is a portuguese trumpet player, improviser and composer based in Stockholm, Sweden. With a singular artistic approach that comes out of a comprehensive spectrum of influences, from classical and contemporary music to jazz and textural sound art, she is interested in stretching the possibilities of the instrument, exploring new ways of expression within music, as well as dissolving the boundaries between composition and improvisation.

_“One of the most exciting improvisers in the world” (Downbeat), her music has been described as intoxicating, intense, beautiful, overwhelming, mesmerising, innovative, bold and creative. She leads her projects Impermanence and Life and Other Transient Storms and co-leads duos with Kaja Draksler and Torbjörn Zetterberg – also in trio with Hampus Lindwall and Chris Pitsiokos ( Child of Illusion ) and the quartets Hearth and Here’s To Us. She has been playing with Fire! Orchestra, Mats Gustafsson’s Nu Ensemble, Julien Deprez/Rob Mazurek’s Tpic, Torbjörn Zetterberg och den Stora Frågan, Lisa Ullén’s Lost North, Hedvig Mollestad’s Ekhidna and ONJ. In 2018 she released her first solo album, All the Rivers (Clean Feed Records), recorded live at the National Pantheon in Lisbon. Much in demand she has played, among many others, with Fred Frith, Evan Parker, Joëlle Léandre, Mat Maneri, Paul Lovens and Hamid Drake.