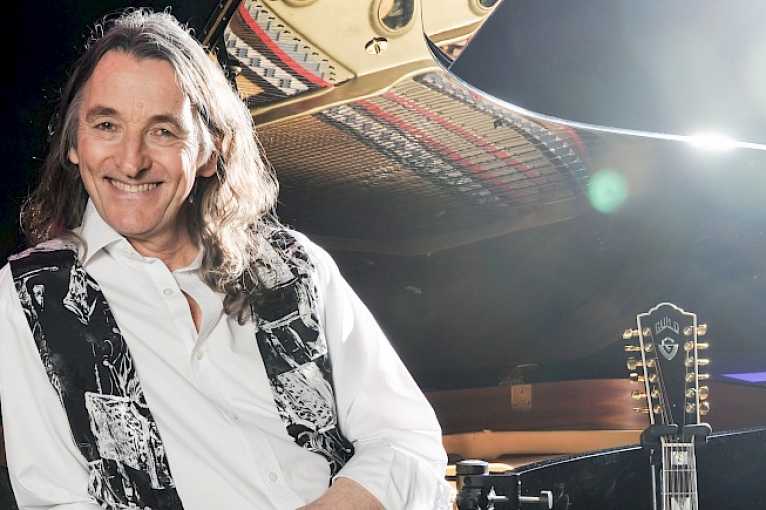 Roger Hodgson was one of the founders of the British rock legend Supertramp in 1969 and creative member of the band until he left in 1983. During the 14 years he spent with the band, he wrote, sung and arranged most of the famous hits that made Supertramp a worldwide phenomenon. With timeless classics such as Give a Little Bit, The Logical Song, Dreamer, Take the Long Way Home, Breakfast in America, School, Fool’s Overture and It’s Raining Again the band sold more than 60 million albums worldwide.

While the name Roger Hodgson is not known by everyone, every recognizes his unique voice – one of the most characteristic in rock history. The classic hit songs the musician has written and sung – also named Supertramp songs – are in fact Roger Hodgson songs.

In 2018, he still plays all of these hit songs, that he recorded with Supertramp besides his other classics - Sister Moonshine, Child of Vision, Hide in Your Shell, Even in the Quietest Moments and hits from his solo albums - Had a Dream, Only Because of You, Lovers in the Wind, In Jeopardy und Along Came Mary. Accompanied by a breathtaking four-piece band, Hodgson is gonna tour through various countries during his Breakfast in America tour 2018, and so the musicians also returns to Germany with five gigs.

Besides regular tickets there are also soundcheck- and VIP upgrades available for the indoor shows. These allow the visitor an ultimate soundcheck and meet & greet experience with Roger Hodgson.

Roger Hodgson  Lovers In The Wind