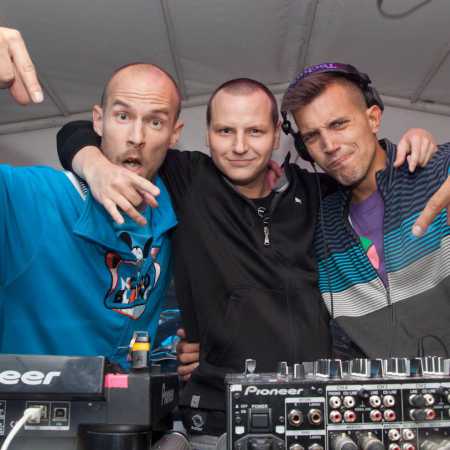 Substance-D is a Czech musical project, consisting of two DJs (Dave & Duff), focused mainly on electro house & breaks. In their sets but also find many other styles (house, tech-house, techno, dubstep, dnb, etc…), So also are often called “multi-genre pair.” Most of the time you will see and hear in jeich special B2B mix, in which a mixer at lightning speed turns, each of them brings something different to the set and put together an explosive mix of dance substance.

Substance-D already have a rich history, and despite the fact that it works only since 2008. Played many summer festivals, such as Open Air Festival, High Jump, Hip Hop Jam, Let It Roll, Czechpoint and more. Among other things, also organize their own regular party on behalf of the Power Station, where you invite foreign producers such as Aquasky, Far Too Loud, Calvertron, John B.nebo K12, regularly every year unravel Free-D-Bar in the sand pit Mlékojedy. – Translated by Automatic service