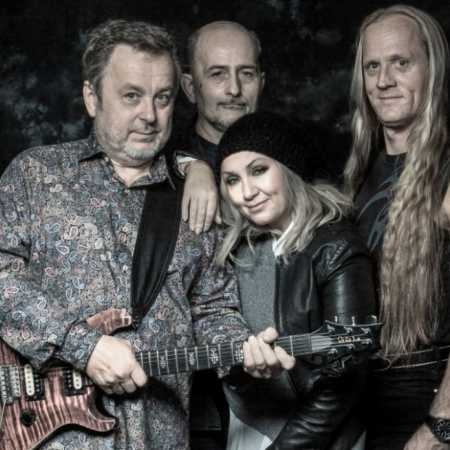 Stromboli was a Czech band playing fusion of different styles – jazzrock, space rock, new wave, in her music can be traced as well as elements of heavy metal and black metal. Its origins date back to the spring of 1985 when it was created originally as an occasional band for a live concert at the Jazz Festival in Prague Michal Pavlicek composition guitarist, bassist Vladimir Rubber Kulhánek and drummer Claudius Kryšpín.

In February 1986 the band was named Stromboli (inspired Pavlíčkovým experience when he saw the eruption of the volcano of the same name), and included two members: vocalist Bara Basiková (which came from precedent) and keyboardist Vendula Kašpárková, rubber Kulhánek continuously alternated as a permanent guest Jiri Vesely. Occasional guest also became William Cok.

In 1987, a double album released in Panton Stromboli summarizing the de facto creation of all groups in 1985-86. Seven tracks are recordings of live performances, then the remaining nine studio recordings. The album also discovered Michael Kocab (vocals), Iva Bittová (violin) and two sons Jan Pavlicek and Michal Young (vocals). Four songs had the text of the poem by Christian Morgenstern translation of George Hiršal, two other texts then contributed Zuzana Michnová, Josef Novotný and William Cok – he also participated in a musical composition, or music of the album is the work of Pavlíčka.

Two years later came out with another album Panton – Shutdown – this time sung in English. Two singles (Around the Fires / around campfires and Sandonorico) and published in English. All music composed by Pavlicek again, the lyrics are the work of German Martina, Michaela Žantovský, Michal Horacek and Andrew Hejma. Among the guests appeared as Miroslav Vitous, Marcela Březinová or Lešek Semelka, as speaker on one track and Horacek.

Shortly after the Shutdown group without much acclaim since the Velvet Revolution took place, fell apart.