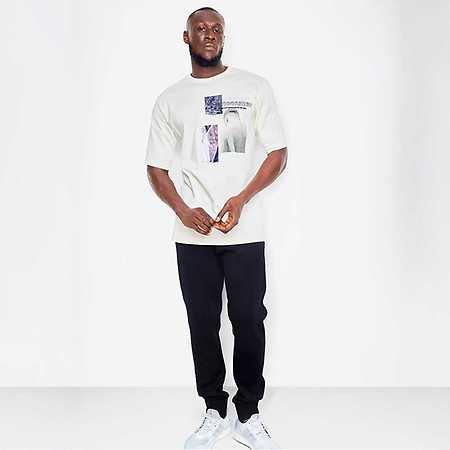 Michael Ebenazer Kwadjo Omari Owuo Jr. known professionally as Stormzy, is a British rapper, singer and songwriter. In 2014, he garnered attention on the UK underground music scene through his Wicked Skengman series of freestyles over classic grime beats.
His debut album, Gang Signs & Prayer (2017), was the first grime album to reach number one on the UK Albums Chart and won British Album of the Year at the 2018 Brit Awards. He has reached number on the UK Singles Chart twice; firstly as part of “Artists for Grenfell” in June 2017 with Bridge Over Troubled Water, and secondly with his own solo single Vossi Bop, which debuted at number one upon its entry,