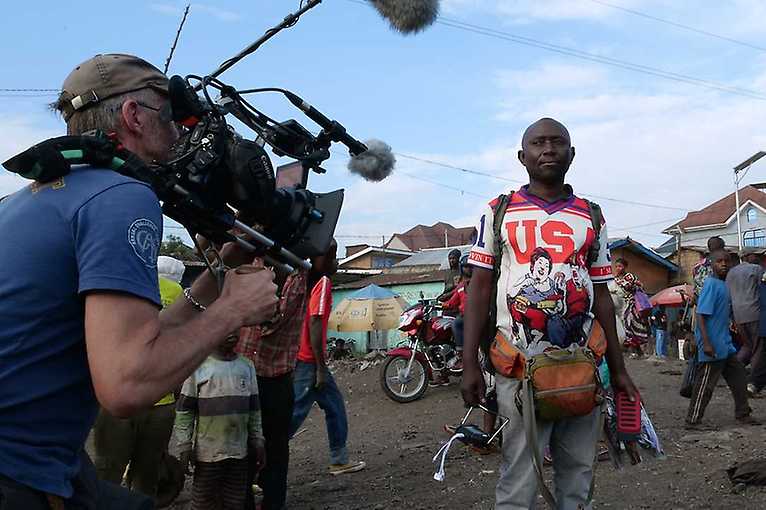 Online screening of movie “Stop Filming Us” and discussion with the director Joris Postema, will be part of the festival “One World 2021”.

Stop Filming Us / Joris Postema / Netherlands 2020 / 91 min / English friendly – Director Joris Postema came to the Democratic Republic of Congo to make a film about the city of Goma. During the filming, troubles from the country’s colonial past began to emerge. The Congolese collaborators put the director in awkward, even embarrassing situations, for example, when debating whether handing out sweets to street children is a manifestation of neo-colonialism. Gradually, it transpires that they have a completely different perception of African reality than the director had mistakenly assumed, thus pointing to a more general problem. While Congolese artists want to present a more positive image of their country, Western media and non-profit organisations focus mainly on war and poverty. The film’s conversation about stereotypes raises many fundamental questions, including whether a European director can make a balanced film about the Congo.