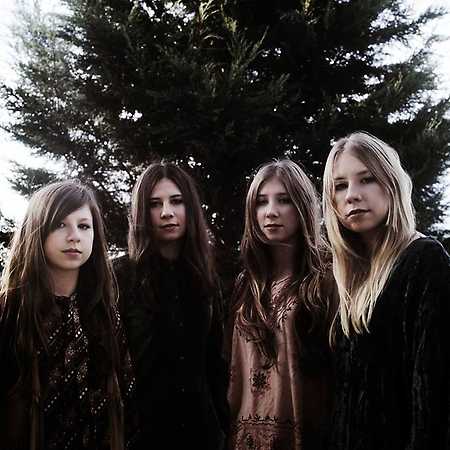 Since 2010, Stonefield, a band of four sisters, creates their own musical-psychedelic universe in rural southeastern Australia. With their third album, Far From Earth (2018), Stonefield seamlessly joined the illustrious series of Down Under bands. Recorded in L.A., produced by Black Mountains Stephen McBean, including guest appearances by Rob Campanella (Brian Jonestown Massacre) and Gregg Forman (Cat Power), Far From Earth appeared on Flightless Records. In Australia, the Findlay sisters, who call themselves mystical rock formations in the Australian desert, have been celebrating chart successes for years. Stonefield, grouping around Amy Findlay, a singing drummer and the eldest of the four sisters, is now quickly gaining her name in Europe with her kaleidoscopic heavy doom psych pop that combines irresistible melodies, fuzzy psych and heavy sabbath riffs to make the indie and psych scene. After touring with Black Rebel Motorcycle Club, Fleetwood Mac, Meat Puppets, Foo Fighters, and King Gizzard & The Lizard Wizard, King Tuff in the USA, the four sisters first appeared in Europe and Germany in the summer of 2018. In April 2019 the fifth album will be out on Flightless Records.