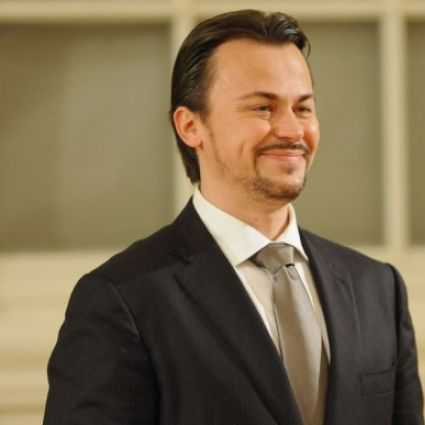 Štefan Kocán is a slovak opera singer. He graduated from the Academy of Performing Arts in Bratislava, then he continued studying at the Vienna Conservatory. After his studies he became a member of the Landestheater in Austrian Linz. In the 2003/2004 season he received the Eberhard Waechter prize for the role of Grand Inquisitor in Verdi’s Don Carlos. Then he debuted in this role at the Vienna Opera House, where he became a regular host. He also performed at La Scala, Chicago Opera, Opéra National de Patis, Teatro Communale in Modena and other theatres.