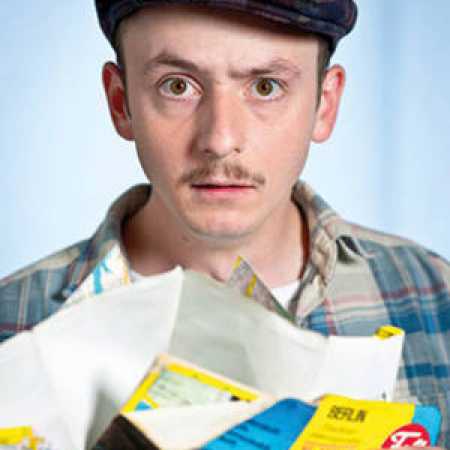 Born in the GDR, he and his family wanted to flee to the FRG. Unfortunately, they have gone wrong and landed in the Soviet Union. After the turn, he finally made it to the West and landed in Berlin Wedding.

On the streets of Berlin, he learned his style and discovered his gift for babbling people with history for hours. What appeared to be good and was found to be funny.

Since it was not enough for him to do this only during the day, he decided to do that on the comedy stages of Berlin more than five years ago. First in German and then in English. This gave him the opportunity to perform on the stages of Amsterdam, London and Edinburgh. His comedy illuminates history and the stories behind it, cultural contradictions and absurdities of everyday life.