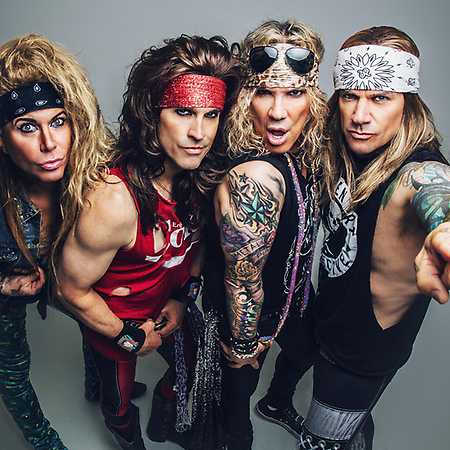 Steel Panther  Party Like Tomorrow Is The End Of The World

Steel Panther is an American heavy metal band from Los Angeles, California mostly known for their profane and humorous lyrics as well as their exaggerated on-stage personae that reimagine and parody the heavy metal music and lifestyle of the 1980s.
The quartet began to gain popularity on the Sunset Strip during the early 2000s under the name Metal Shop (soon changed into Metal Skool and in 2008 into Steel Panther).
In 2003 Steel Panther released Hole Patrol, their self-produced debut extended play.
In May 2008, the band signed a contract with Republic Records and released Feel the Steel on June 8, 2009 in the United Kingdom and on October 6, 2009 in North America through Universal Republic, making it their major record label debut. The album debuted at No. 1 on the Billboard Comedy chart, No. 123 on the Billboard 200 chart and would eventually peak at No. 98 on the Billboard 200 chart.
They have also released the albums Balls Out (2011), All You Can Eat (2014), Lower the Bar (2017) and Heavy Metal Rules (2019).