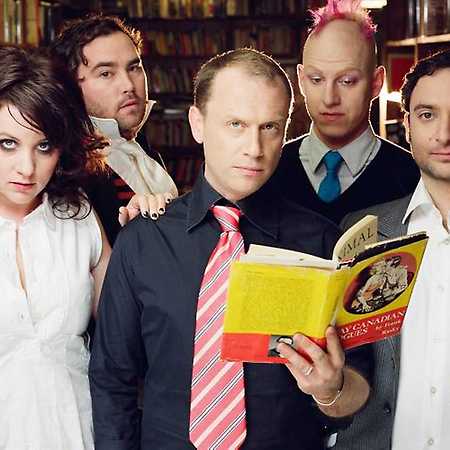 Stars is a Canadian indie pop band who made their breakthrough in 2004 with the album Set Yourself on Fire and the single Ageless Beauty. Originally founded in Toronto by the friends Torquil Campbell (vocals) and Chris Seligman (keyboard), they moved via New York City to Montréal, where they live today. Other band members are Amy Millan (vocals, guitar), Evan Cranley and Pat McGee (drums). Between 2001 and 2017, Stars released a total of nine studio albums and four EPs. The last album was released under the title There Is No Love in Fluorescent Light.