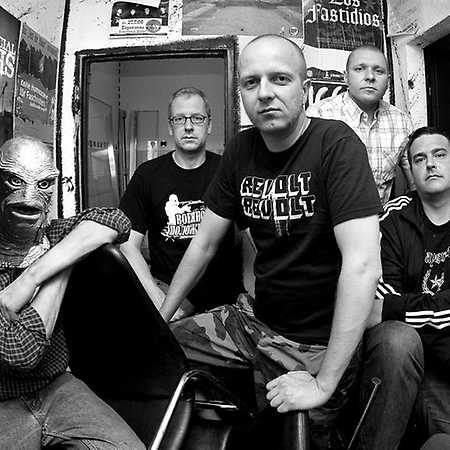 The Stage Bottles are an oi! - and punk band from Frankfurt founded in 1993 with clearly antifascist lyrics.
They play experimental punk rock with ska and reggae bonds, the lyrics of the band are in English and often very fun. In 1998 they released their debut Big Kick. They were influenced by bands like Angelic Upstarts, The Oppressed and The Blaggers.