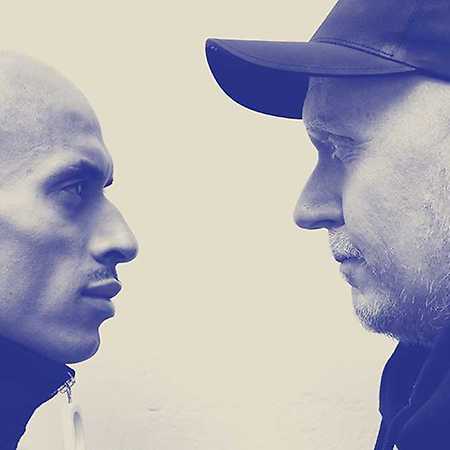 Whether as Radio Slave or his various other monikers, Matt Edwards is one of electronic music’s most consistent and innovative artists. Ever since his early reinterpretations of Kylie Minogue and New Order, Edwards has continually commanded respect as a producer and in-demand remixer, whilst as a label owner his Rekids imprint is undoubtedly one of house and techno’s most influential platforms.

Meanwhile, Patrick Mason continues to conquer the fashion world; a devout club kid and gifted creative turning heads as an outstanding art director, illustrator and model, whose extensive artistic talents include a unique and compelling voice destined for dance floors.

SRVD’s story begins when the pair met in Panorama Bar, which soon led to Edwards and Mason hanging out at the studio and later evolved into improvised performances in Berlin’s club scene and beyond.

Their debut release Elevate, which appeared in August 2018, perfectly captures the raw spirit and vibe of their live show, with whispering vocals ushering in precision kicks and piercing stabs until Mason’s mesmerizing voice comes fully into play.