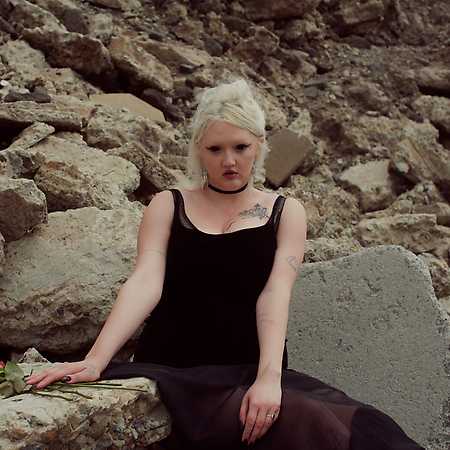 SRSQ (pronounced seer-skew) is the solo project of Kennedy Ashlyn (vocalist/keyboardist of Them Are Us Too). SRSQ’s pulse began after the death of Kennedy’s closest friend and Them Are Us Too guitarist Cash Askew, a casualty in the sudden and tragic Oakland Ghost Ship Fire of 2016. Driven by loss, SRSQ became the vehicle for Kennedy’s transformative process, exploring nuance, nostalgia, reflection, and reconciliation, manifesting in the aural landscape of Unreality. Her first album Unreality is entrance into a new form of storytelling, traversing the present while pulling from a deep swath of experience, immersion and sound. Her music can be compared to bands like Cocteau Twins, My Bloody Valentine or Dead Can Dance.