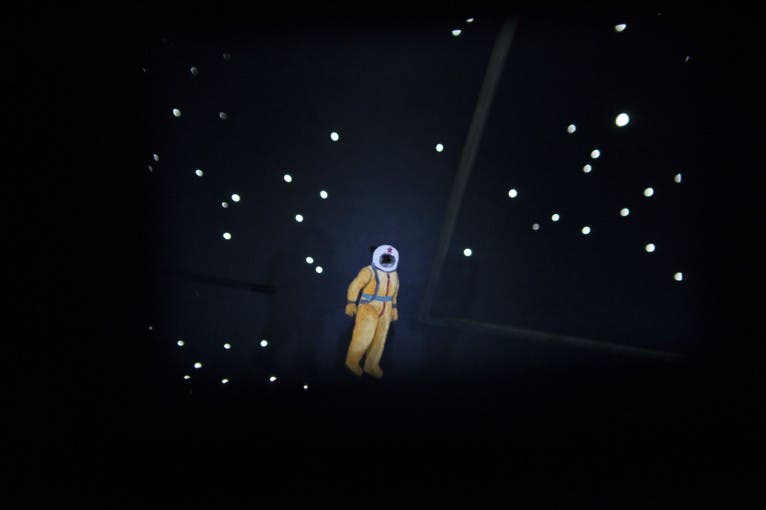 A 12 minute peephole play telling the story of Sputnik, planet Earth’s first artificial satellite. μSputnik is the first show to take place in the new μMikro miniature theatre space, a transportable theatre for one spectator and two actors. Filmed through a 4.4 × 7 cm viewing hole, the audience observes a unique performance style, in which individual cassettes with different scenes are loaded in turn, as if being cut by a film editor.

Fringe Reimagined gives audiences a unique insight into how this production is made via a second performance with backstage camera views and then a third performance from an audience perspective again.

There is also an after-show talk with the creators available for those who are interested in more details. The after-show can be watched here.

The show is part of the Drama label project.