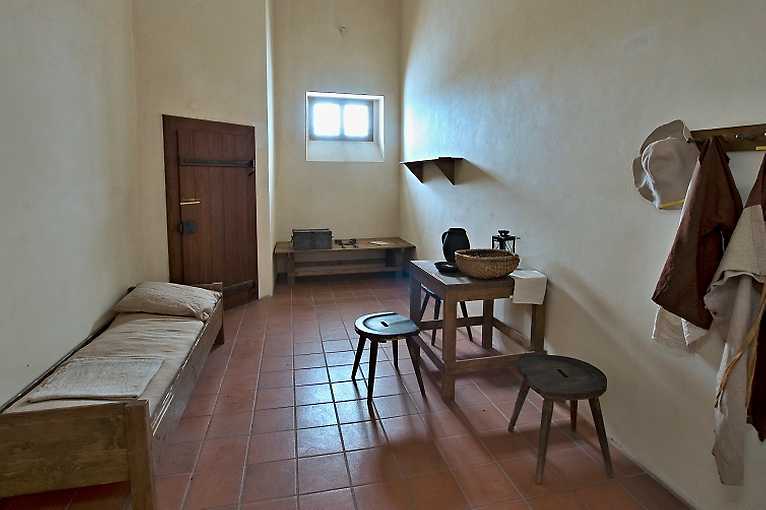 The display situated on the ground floor of the castle northern wing is a free continuation of casemates. It informs the visitors to Špilberk Castle about its history of a notorious prison of the Habsburg Monarchy in the 18th and 19th centuries, well known all over the Europe. Mainly political prisoners were detained here – opponents to the Austrian Monarch. Among the best known are Hungarian Jacobins (F. Kazinczy), Italian patriots (S. Pellico) and Polish revolutionaries. Part of the display reminds the period of Nazi occupation when Špilberk Castle became a prison of Gestapo in Brno. Another part of the exposition is devoted to other famous prisoners such as Václav Babinský and Baron Trenck. Very interesting are also exhibits documenting the life in prison and reconstruction of a cell in which political prisoners were detained in the 19th century.