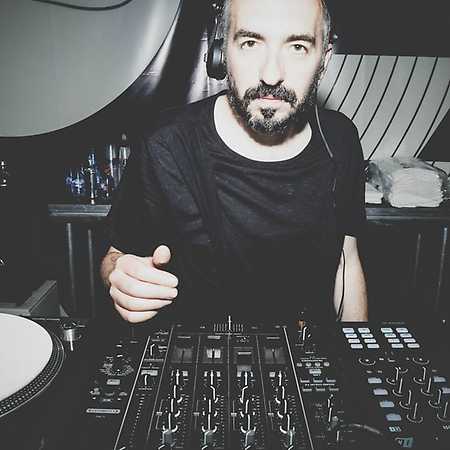 Spacid started collecting music from an early age and played occasionally on weddings and block parties. His first influences were synthesizer music like Vangelis and new wave club classics, later welcoming Belgium’s new beat craze and early Chicago house. Spacid’s first steps playing in front of a public dates back to 1990, while being a resident DJ at Le Café in Kortrijk.

Together with some friends, Spacid organized his first parties in 1992. These turned out to be a big success and paved the way to setting up the club Carioca. The club was short-lived but is still remembered as one of the most legendary and trendsetting clubs in Belgium.

In 1994 Spacid founded Funky Green Aliens, also known as FGA, a party organization and booking agency. The underground and experimental scene were blooming and electronic music made a vivid entrance in Belgium. Spacid’s, mostly illegal organized, parties with the FGA-collective were a great success.

By 1997 Spacid’s name started popping up in all major Belgian clubs and events. And he was propelled to slots at the hottest clubs and parties in Belgium. He also became resident at various important party concepts such as the legendary Body 2 Body parties at Culture Club, Beats of Love, Lazerdance, Elektron, Retro Acid and Ultra.

In 2001 Spacid starts working in Ghent’s most prominent record shop: Music Man. 2003 was the year that Spacid gave Radius Records its first big exposure. As the label boss he released the mix compilation Theme From Radius. The label played a pioneering role in the modern new disco sound and offered a platform for unknown producers.